Welcome to our blog! Here we share our projects and ideas, and also the tutorials and guides to accompany our listings on our e-bay shop.
If you have any questions about building or customising guitars, as well as restoring vintage guitars, please contact us and we will do our best to feature it here.

This is a guitar I made recently for Mike Collins, from The Mike Collins Experience, formerly (for the time being) lead singer of Jeffrey and the Scarabs. Actually, the guitar debuted live on their last gig (for the time being!).
Mike's only requests were the interesting shape (based on one of his doodles), and no scratchplate. Otherwise I had free reign.
The body is made of tulip wood, completely hand-cut. I got the Stagg neck off E-bay, for about 30 quid, and altered the headstock to resemble another doodle of Mike's. 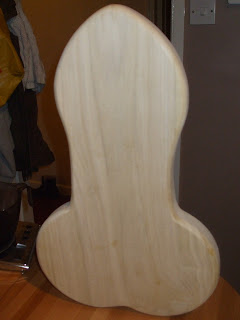 It has a basic strat set-up (three single coil pick ups with the standard volume tone tone and a three way switch, and a trem bridge), which was a bit tricky, as it had to be all routed in from the back, as it had no scratchplate. In the end it worked up really nicelly, So maybe Mike is onto something with his scratchplate phobia. 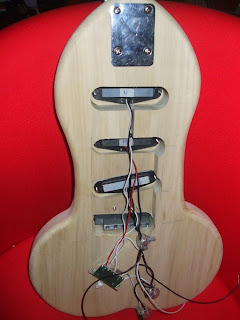 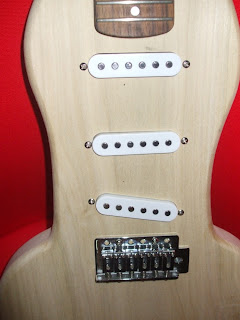 After an undercoating and rubbing down, a pleasing shade of pink was added to the whole body and headstock. After a considering amount of polishing off, both Mike and I were completely satisfied. 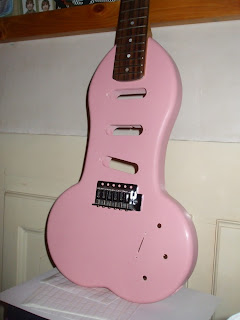 The final asembly all together and set up. As you can see, the pick up covers were also sprayed pink, as was the toggle of the 3-way switch. 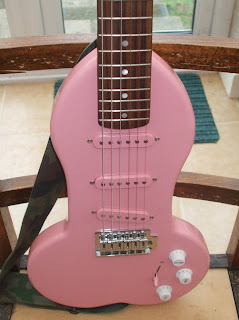 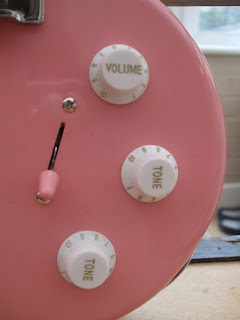 A perxpex cover was made for covering the internals. 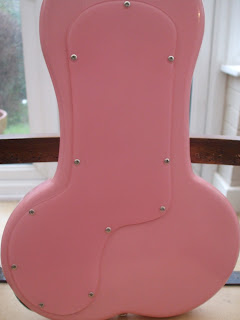 Here are a few more detailled shots of the finished guitar. 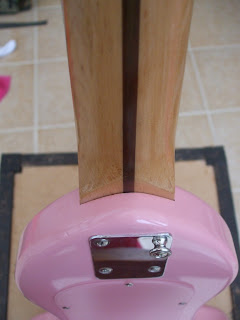 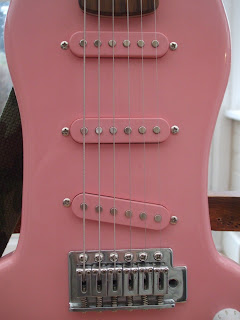 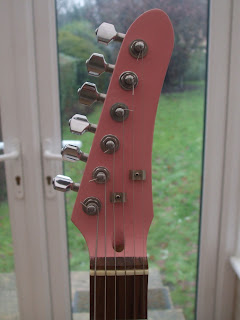 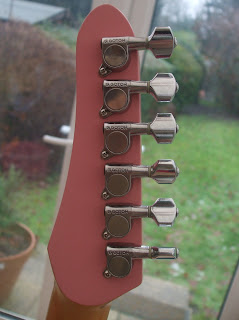 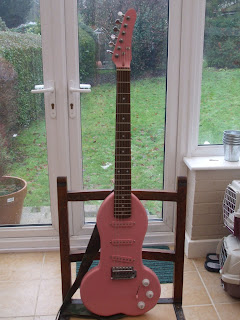 Wheeler's Guitars
After many years repairing and building guitars as a hobby we have decided to take the leap and use our knowledge in this business venture, so if you have any questions, please contact us and we will be happy to assist you.